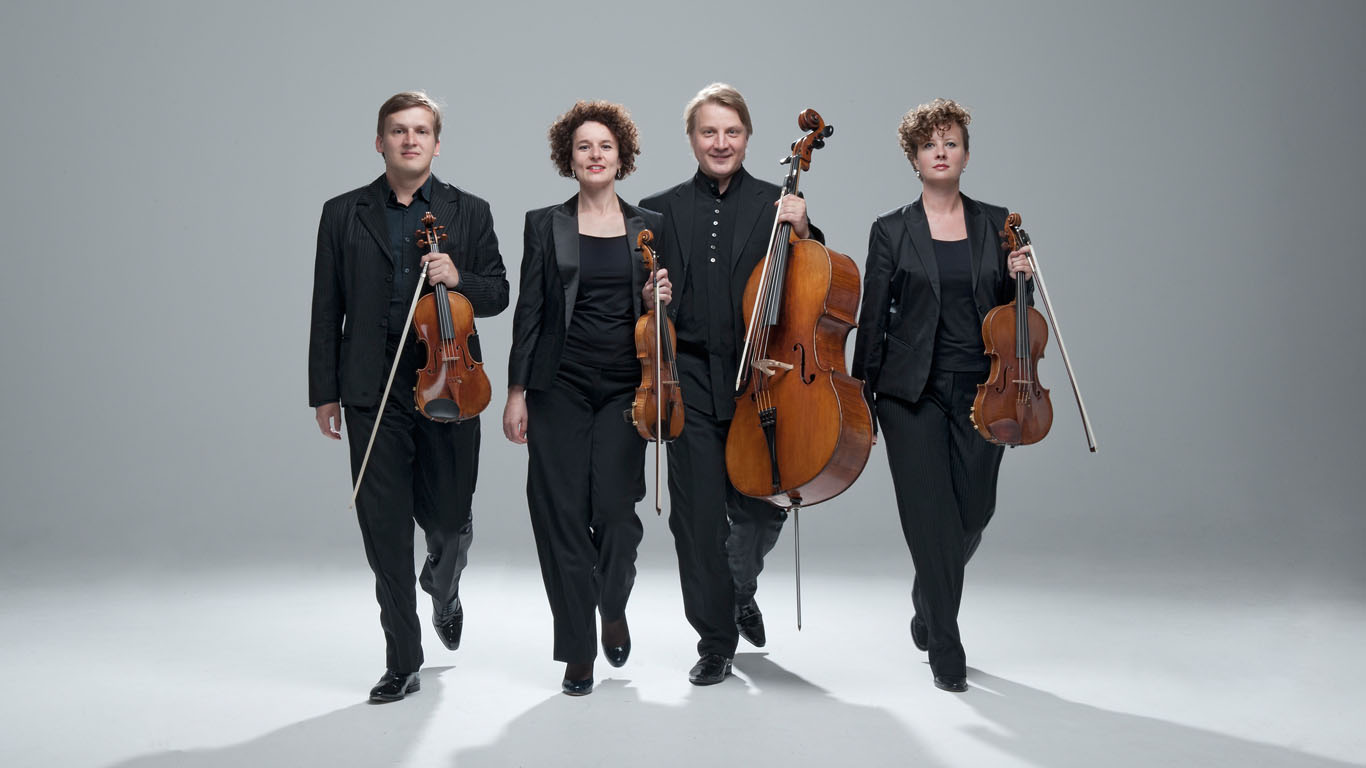 Kozhevnikov, Rostislav, 1st violin Streil, Barbara, 2nd violin Sliwa, Justyna, viola Myöhänen, Teemu, cello
In its choice of name (taken from a character in the Mikhail Bulgakov novel The Master and Margarita, English: Azazello) the ensemble expresses an approach that extends beyond the limits of the musical world and embraces a relatively broad interpretation of the term communication. Bulgakovs Azazello is a fallen angel who plays sidekick to Satan, in the guise of Professor Woland, whose entourage infiltrates the Moscow intelligentsia, showing the elite their true colors and leading Margarita to her true love. The character is used to examine the definition of good and evil in the classic Faustian sense, not only via the provocation of his diabolical provenance but also as a device "to convey to humanity the heavenly mysteries of primordial time.

The musicians can also cite mundane motivations for their work: in 2010, just in time to celebrate the quartets tenth birthday, the Asasellos were awarded the prestigious Musikpreis des Verbandes der Deutschen Konzertdirektionen for the extraordinary objectives with which the Asasello Quartet is now recognized throughout Europe. The quartet itself ranks a particular project as the highlight of its work to date: the concert cycle centered on the string quartets of Arnold Schönberg. In this connection the ensemble has commissioned compositions (by Márton Illés, Viera Janárceková, Jay Schwartz and Lisa Streich) and, in collaboration with musicologist Michael Struck-Schloen, continues to investigate all aspects of Schönberg, the man and the musician. Since 2014 the quartet members have worked together with choreographers Richard Siegal and Stephanie Thiersch to develop the possibilities of staging the instrument string quartet as such. The Asasello musicians see the ability to physically comprehend and perceive music with the whole of their bodies as the swing of the pendulum, so to speak. At one extreme: the antiseptic intellectual examination of the paradigms of chamber music in its crowning discipline, the string quartet  practiced assiduously by Asasello since 2000. At the other: strings as a musical idiom of pure entertainment. This creative oscillation produces results that are dynamic, physical and sensuous, but never shallow!

After its founding at the Musikhochschule Basel, the quartet first studied under Walter Levin and Hatto Beyerle. After graduating in 2007, further studies in the quartet class of the Alban Berg Quartet and the intensive exploration of New Music with David Smeyers resulted in Asasello shifting its home base to Cologne. Independent of educational/cultural institutions, the quartet has received significant impulses from its work with Christophe Desjardins, Paris; Chaim Taub, Tel Aviv; Jürgen Geise, Salzburg; and David Alberman, London.

Following Andreas Müller (still with the ensemble on the PAYSAGES concert tour to Siberia), Wolfgang Zamastil took up the cello position for a period of four years. Since 2014 Teemu Myöhänen has brought a fresh gust of north wind from his native Finland to the role of Asasello cellist.