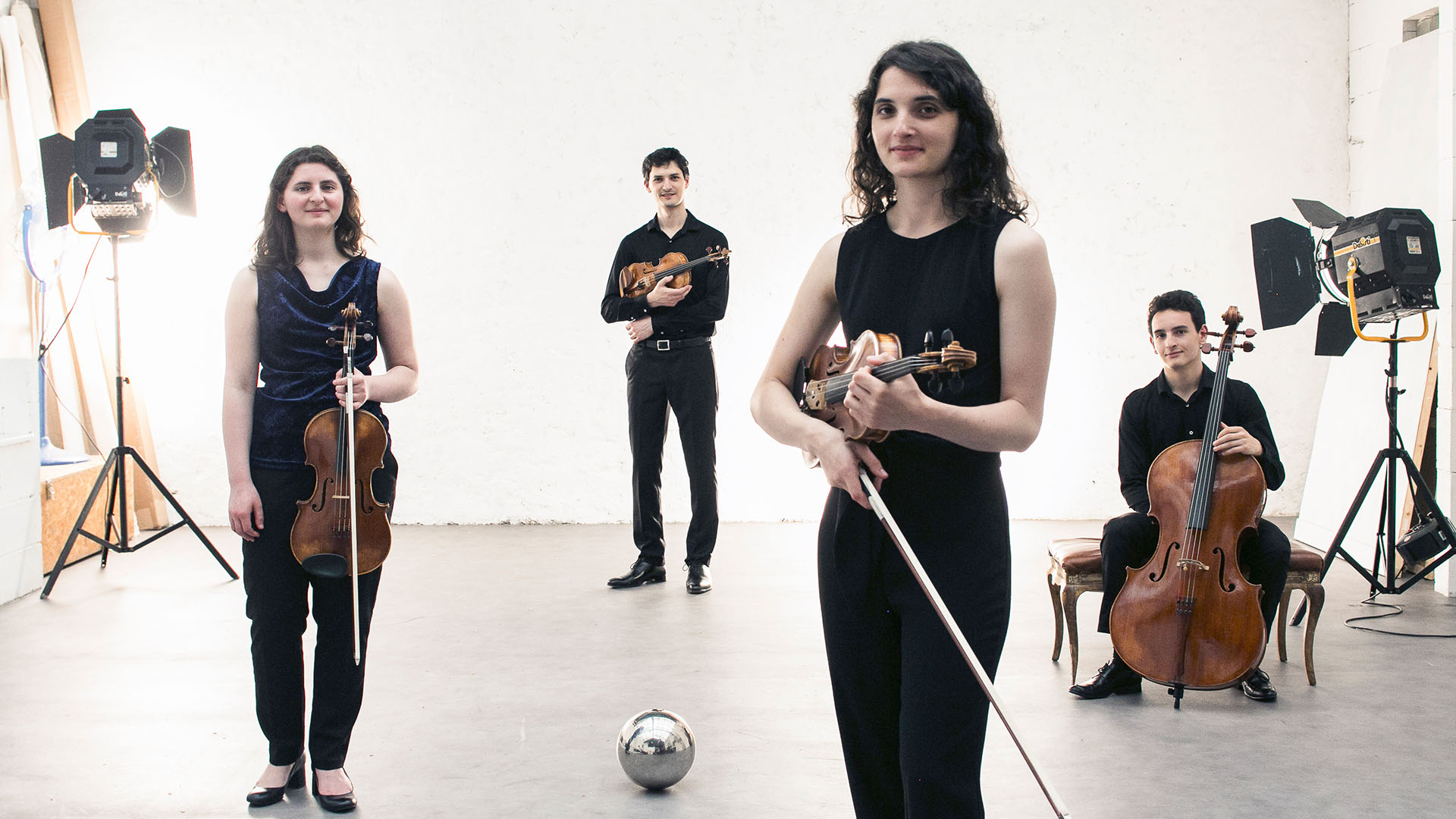 The Tchalik Quartet has the peculiarity of being composed of four brothers and sisters. Born into a family with Russian origins and where music holds a central place, they have played together from a very early age. This immersion in chamber music has enabled them to develop a closeness and natural harmony and sensitivity which are apparent in their music.

The above qualities have been recognised at the very first international competition in which they have taken part. In February 2018, the Tchalik Quartet brilliantly came away with 1st Prize and a Special Prize for the best interpretation of a Mozart quartet at the International Mozart Competition 2018 in Salzburg.

The Quartet has studied with such internationally renowned musicians as Jan Talich and Vladimír Bukac (Talich Quartet), Yovan Markovitch (Quatuor Danel), Luc-Marie Aguerra (Quatuor Ysaye), and Johannes Meissl (Artis Quartett). In 2016, they were admitted into the class of Günter Pichler (first violin and founder of the legendary Alban Berg Quartet) at the Escuela Superior de Mùsica Reina Sofia in Madrid, and since 2019 they are studying with Krzysztof Chorzelski (Belcea Quartet). Thanks to these prestigious musicians who represent the different European musical traditions at their highest level, the Tchalik Quartet has developed a fine repertoire of classical and romantic music.

They are also keen players of the contemporary repertoire. They have premiered works by composers like Jacques Boisgallais, Michèle Reverdy, Bastien David, and they are releasing in 2019 their first album Short Stories dedicated to Thierry Escaichs chamber music works, with whom they have been working for a while. This album has just been awarded the Choc de Classica. In 2020 they performed at the Philharmonie de Paris the world premiere of Quale stormo daugei notturno by Pierre Farago.